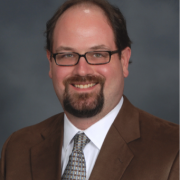 Rev. Jeremy Campbell is the ecclesiastical officer of the presbytery, by the Book of Order. As such, Jeremy records the transactions of the presbytery, keeps its rolls of membership and attendance, review session records with Clerks of Session, and maintains necessary records. He serves as the parliamentarian of the presbytery and the interpreter of the Constitution of the Presbyterian Church (USA).

Jeremy serves as staff to Cabinet, the Committee on Ministry, the Committee on Preparation for Ministry, Bills & Overtures Committee, Nominating, and the Committee to Review Session Minutes.  Jeremy is available to answer questions on polity and issues before the church.  He will work with Clerks of Session.  Contact Jeremy if you have any questions regarding officer training.

Alan is a Ruling Elder from Bethlehem Presbyterian Church in Pittstown, where he lives with his wife Marilyn.

He is a past moderator of Elizabeth Presbytery, and has served on numerous commissions, units and committees. He has been a General Assembly commissioner in 1996 and in 2006, and has been a member of the Presbyterian Mission Agency Board, including chair of its Stewardship Committee. He has served on several church boards, including Stony Point Center, the Board of Pensions, Jarvie Commonweal Service and Elizabethport Presbyterian Center. He has also served as a Synod commissioner and as the Treasurer for the Synod of the Northeast.

He is a consulting actuary and was Senior Vice President and Chief Actuary for a major group insurance company. He has served on the Actuarial Standards Board and on the Society of Actuaries Education and Examination Committee, where he was the general chair. He was an associate editor of the first five editions of Group Insurance, the textbook of choice for professionals.

In his community, he is active with a local Boy Scout Troop and the Hunterdon County United Way, where he was president. He also serves as vice-chair of the Union Township planning board.” 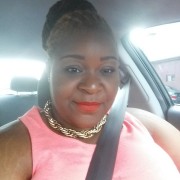 Born and raised in New Jersey, Trudi is a first-generation American who prides herself on her family’s Jamaican heritage.  Trudi joined the Presbytery staff in June 2015 and has worked per-diem and full-time in the Presbyterian Church for over 12 years.  Trudi has a BS in Chemistry from St. John’s University in Queens, NY and a BS in Nursing from Rutgers University and now works at night as a Neonatal ICU nurse. 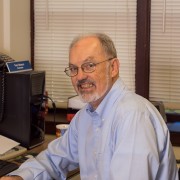 Terry is responsible to the presbytery for managing its financial services, including payments to mission commitments, balancing accounts, and managing record keeping of transactions.

Terry is a member and ruling elder of Oak Tree Presbyterian Church.